The sage has the sun and moon by his side and the universe under his arm. He blends everything into a harmonious whole. 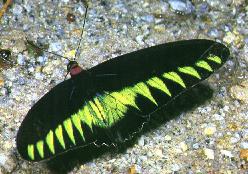 From a literary point of view the Chuang Tzu is one of the richest texts in all of philosophy. At times the language has a diamond-like density in which every word counts. At times it is extended, full of dialogues, parables, stories, examples and images based on the whole of human life from low to high, and on natural phenomena.
The book was probably written by a number of followers of Chuang Tzu. It expresses a deeply compassionate insight into human weaknesses and sufferings, and a refreshing concern with common folk and the poor which is unusual in ancient texts.
Chuang Tzu was a full precursor of scientific pantheism. Like Heraklitus he accepted the reality of constant flux, and the full reality of physical death. Like most Chinese philosophers he did not believe in an afterlife.
He did not believe in any creator God, or any God at all in the Western sense. But he did believe in an underlying Tao, Way or One, from which the Heaven and Earth derived. This One transfused everything in the universe from the lowest to the highest.
The individual could attain mystical unity with this One by achieving complete emptiness or hs© - a timeless state free of worries or seflish desires, open to impressions but transcending all individual material objects.
Much of the Chuang Tzu focusses on the benefits of inaction. On this it followed the Tao-te-Ching, but took its philosophy to extremes. People should abandon concern for fame, power and wealth and follow a simple life. They should distrust ethical and political schemes and follow their instincts.
Life should be enjoyed while it lasts, and death should not be feared. When Chuang Tzu's wife died he banged on a drum and sang. His colleagues questioned the propriety of this. `If I were to fall sobbing and wailing for her,' he replied, `I should think that I did not understand what was appointed for all. Therefore I restrained myself.' [xviii]
Chuang Tzu probably lived some time in the fourth century BC, but his dates are uncertain, as are the details of his life. His philosophy drove him to avoid all public action - he was, it is said, invited to become prime minister, but he declined, so as to retain his freedom. Later Chinese philosophers condemned this attitude as irresponsible. The twelfth century Confucian Chu Hsi said: `Lao Tzu still wanted to do something, but Chuang Tzu did not want to do anything at all. He even said that he knew what to do, but just did not want to do it.'
His philosophy of social inaction is one that cannot be applied in practice. It means fatalism, acceptance that one can change nothing, indifference to the fate of others, and social irresponsibility.
Nor did Chuang Tzu abide by this philosophy. He condemned those who wished to become `storehouses of schemes', and to be famous teachers. If he had stuck to his own principles, we should never have heard of him.
The texts are from Wing-Tsit Chan, A Sourcebook in Chinese Philosophy, Princeton University Press, 1963; and James Legge, The Texts of Taoism, Dover Publications, New York, 1962.

Selected passages from the Chuang Tzu

The Tao is omnipresent, even in excrement.

The space under the sky is occupied by all things in their unity. [xxi]

The sage has the universe under his arm.

The universe and I exist together and all things and I are one. [ii]

The sage has the sun and moon by his side and the universe under his arm. He blends everything into a harmonious whole… . He blends the disparities of ten thousand years into one complete purity. All things are blended like this and mutually involve each other. [ii]

He who regards all things as one is a companion of Nature. [vi]

Heaven, Earth and I were created together, and all things and I are one. [ii]

Transcending time through unity with the One.

Only the intelligent knows how to identify all things as one… . When one is at ease with himself, one is near Tao. This is to let Nature take its own course. [ii]

He who knows the activities of Nature lives according to Nature. [vi]

Death is just another transformation.

Tzu Li went to see Tzu Lai who was dying.
Leaning against the door, he said, `Great is the Creator! What will he make of you now? Will he make you into a rat's liver? Will he make you into an insect's leg?'
Tzu-Lai replied
`The universe gave me my body so I may be carried, my life so I may work, my old age so I may repose, and my death so I may rest. To regard life as good is the way to regard death as good… . If I regard the universe as a great furnace and creation as a master foundryman, why should anywhere I go not be all right?' [vi]

We possess our body by chance and we are already pleased with it. If our physical bodies went through ten thousand transformations without end, how incomparable would this joy be! Therefore the sage roams freely in the realm in which nothing can escape, but all endures. [vi]

When Chuang Tzu was about to die, his disciples signified their wish to give him a grand burial. `I shall have heaven and earth for my coffin and its shell; the sun and moon for my two round symbols of jade, the stars and constellations for my pearls and jewels; and all things assisting as he mourners. Will not the provisions for my funeral be complete? What could you add to them?'

Philosophical Taoism overlaps in many respects with Scientific Pantheism. Both are non-dualist, and deny that spirit and matter are separate substances. Both are non-theist, and deny the existence of any personal creator God or supernatural realm. Yet both have a deeply religious reverence for nature and the universe. Both stress the importance of living in harmony with nature.
If you are attracted to the Taoism of Lao Tzu and Chuang Tzu, then you will find scientific pantheism totally congenial.
There are of course some differences. Unlike Chuang Tzu, Scientific Pantheism does not advocate social inaction, and does not assume that there is an ultimate reality beyond the material universe (though it does not deny the possibility of this). Scientific Pantheism is completely free of the later accretions of religious Taoism: the alchemical pursuit of physical immortality, the multiplicity of deities and so on.
Scientific Pantheism recognizes the right of all pantheists to celebrate their beliefs in any ritual or symbolic form they prefer: so it is entirely possible to be a scientific pantheist and a Taoist at the same time, and many of our members are.