Watching the Heavens: A Pantheist Almanac

A variety of astronomical events can serve to remind us of our connection with the solar system and the larger universe.

Pantheists may enjoy taking the time to witness any of these, or even to stargaze without a fixed goal in mind. Any event that stands out may be a cause for celebration, whether you mark the day of a rare event, or find an extra intensity in observing the extreme moment of an event to the second.

This almanac provides the exact timing for a selection of events. All times are given in Universal Time [Greenwich Mean Time], which you can convert to your own time zone. 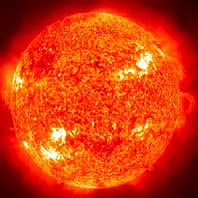 The Sun: Equinoxes and Solstices

Ever solstice (longest day or night of the year, depending on the hemisphere) corresponds to an exact moment when the axis of Earth’s rotation reaches a maximal angle, tilting one hemisphere maximally towards the sun and the other maximally away. Every equinox (equal length of night and day) corresponds to a moment of transition at which both hemispheres are equally exposed to sunlight.

The following times are formatted based on data from the US Naval Observatory. 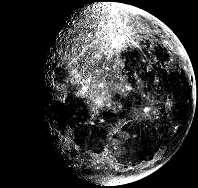 The Moon: Phases and Eclipses

In astronomical terms, the Moon is always with us, but the amount of it that can be seen at night varies based on its illumination by the Sun. Each 28-day lunar month, the portion of the Moon’s surface that can be seen from Earth cycles through the phases of:

Full moons are the most popular. Since Western calendar months are longer than lunar cycles, a “month” may have two full moons, the second known as a “blue moon”. Since the distance from Earth to the Moon varies, so does the apparent size of the moon, with abnormally large full moons known as “super moons” and abnormally small ones known as “micro moons”. Taking into account the occasional eclipse (solar – where the moon blocks sunlight from reaching Earth – or lunar – vice-versa), the Moon’s behavior is far to complex to adequately describe with a single table. A number of external sites maintain detailed lunar calendars:

Every day, millions of fragments of comets, asteroids, and other space objects enter the earth’s atmosphere burn up as they fall. A handful of meteoroids can be seen in the sky on any clear night, most visibly in rural areas without street lighting or other light pollution. At recurring intervals, the Earth passes through debris trails left behind by other objects that orbit the Sun, producing far larger showers. These are amazing to see, but very dependent on dark, clear skies. The potentially largest ones are listed here, along with key dates and times, but much greater and more practical detail is available from the source, the American Meteor Society calendar.

Sea and Sky provides a diverse calendar of astronomical events covering all these topics. In-the-Sky.org’s calendar includes discoveries like supernovas. Scientific information on many of these topics is available from the US Naval Laboratory’s Astronomical Almanac.