I feel an indescribable ecstasy and delirium in melting, as it were, into the system of beings, in identifying myself with the whole of nature.

Jean-Jacques Rousseau was the most influential political philosopher of the eighteenth century. Born in Geneva in 1712, he favored a radical form of direct democracy, based on the Swiss model. He was also in favor of economic, social and political equality.

In his hostility to many aspects of science, and in his passionate nature-worship, Rousseau was a precursor of the Romantics.

Rousseau took an ambiguous stance towards Christianity. He seems to have admired the religion of the gospel as “saintly, sublime and true” as well as egalitarian, recognizing all men as brothers, children of the same God. But he vigorously condemned post-Augustine and Catholic Christianity. In his eyes it detached people from earthly concerns, and laid them open to tyranny and slavery. Rousseau claimed that the ideal state would have to have a state religion, but this would be concerned with social obligations rather than supernatural beliefs.

In 1762, the parliament of Paris, condemning Rousseau’s book The Social Contract as anti-state and anti-religion, issued a warrant for Rousseau’s arrest. Rousseau fled to Switzerland, but his reception was just as hot. The Council of Geneva had the book burned. In Motiers, where Rousseau was living, villagers vandalized his house after the local pastor called him the Anti-Christ.

In 1765 Rousseau took refuge from this sea of troubles on the isolated island of St Pierre in the Bielersee in the canton of Bern. He left behind all his wordly concerns – he didn’t even unpack his cases or books – and abandoned himself to the sole enjoyment of nature. He remembers his two-month stay in Les Reveries du Promeneur Solitaire.

I used to sit on the beach by the lakeside in some hidden refuge. There, the sound of the waves and the stirring of the water held my senses still, drove out of my mind all other kinds of agitation, and immersed it in a delightful reverie. Night often crept upon me without my noticing…

The texts below are translated from the original French by Paul Harrison. 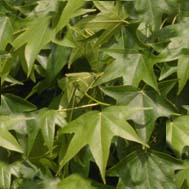 The sense of simple existence.

Everything on earth is in a continual flux – nothing stays constant or fixed. Our attachments to external things pass and change as things do. But there is one state where the soul finds a solid enough seat to rest and gather in all its being, with no need to recall the past or to press on to the future; a state where time is nothing, where the present lasts forever, with no mark of duration or trace of succession; a state where there is no feeling of deprivation or enjoyment, pleasure or pain, desire or fear – only that of our simple existence, which fills our soul entirely.
As long as this state lasts the person in it can call themselves happy, not with an imperfect, impoverished and relative happiness . . but with an adequate, perfect and full happiness, which leaves in the soul no emptiness which it feels the need to fill. This is the state in which I often found myself on the Isle de Saint-Pierre.
What is it that one is enjoying in such a situation? Nothing exterior to oneself, nothing but onself and one’s own existence. As long as this state lasts one is self-sufficient like God. [Fifth promenade]

Identification with the whole of nature.

A deep and sweet revery seizes your senses, and you lose yourself with a delicious drunkenness in the immensity of this beatiful system with which you identify yourself. Then all particular objects fall away; you see nothing and feel nothing except in the whole… I never meditate or dream more delightfully than when I forget my self. I feel indescribable ecstasy, delirium in melting, as it were, into the system of beings, in identifying myself with the whole of nature. [Seventh promenade]

Brilliant flowers, enamelled meadows, fresh shades, streams, woods, verdure, come, purify my imagination … My soul, dead to all strong emotions, can be affected now only by sensory objects, and it is only through them that pleasure and pain can reach me. [Seventh promenade]

I don’t seek to learn: it’s too late. I don’t need to spend anything or take any trouble to wander nonchalantly from flower to flower, from plant to plant… There is in this idle occupation a charm which can only be felt when the passions are fully calmed, but which is enough then to make life happy and agreeable. But as soon as one brings in a motive of interest or vanity . . as soon as one wishes to learn only to be an author or professor, all this sweet charm vanishes, and we see in plants only the instruments of our passions . . one no longer seeks to know but only to show that one knows, and in the forest one is still in the theatre of human society, pre-occupied with concern to gain admiration. [Seventh promenade]

Christianity is an entirely spiritual religion, concerned only with heavenly matters; the Christian’s homeland is not of this world. He does his duty, true, but with a profound indifference to the success of failure of his efforts. As long as he has nothing with which to reproach himself, it matters little whether things go well or ill in this world… . [The Social Contract, 4.8]

What does it matter if one is free or slave in this vale of tears? The essential thing is to get to heaven, and resignation is one more means towards that… Christianity preaches only servitude and dependence. Its spirit is so favourable to tyranny that tyranny always exploits it. True Christians are made to be slaves, they know it, and they are not concerned by that: this short life is too unimportant in their eyes. [The Social Contract, 4.8]

ARE YOU ATTRACTED BY ROUSSEAU’S PANTHEISTIC NATURE-WORSHIP?
THEN YOU MAY WELL BE ATTRACTED TO SCIENTIFIC PANTHEISM.

PANTHEISM
is a profound feeling of reverence for Nature and the wider Universe
It fuses religion and science, and concern for humans with concern for nature.
It provides the most solid basis for environmental ethics.
It is a religion that requires no faith other than common sense,
no revelation other than open eyes and a mind open to evidence,
no guru other than your own self.
For an outline, see Basic principles of scientific pantheism.