Pantheists don't just want to be negative about Gods and heavens beyond this world. They want to be enthusiastically positive about this life, this earth, this universe. Many famous atheists have had the same feelings. 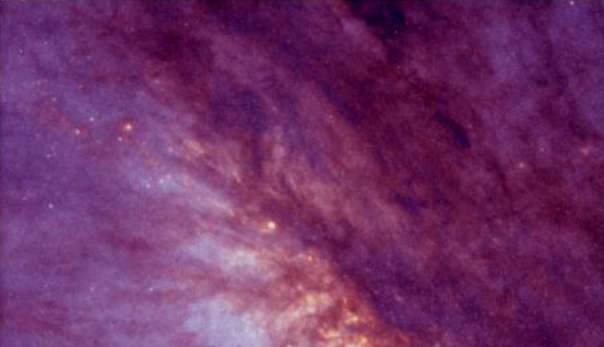 Theists and other critics have often regarded pantheism as atheism in disguise.

Yet atheists often mistrust pantheism and see it as theism in disguise.

Some atheists are so concerned with combatting the enemy - theism - that they leap to the opposite extreme, reducing life to blind selfish genes or the universe to bleak meaninglessness.

But many atheists - even among the best known and most militant - have also had powerful feelings towards nature and the universe: feelings of reverence, love, awe and sense of belonging to nature and the material universe. Below on this page you will find quotes that show these feelings very clearly, from Hume, d'Holbach, la Mettrie, Shelley, and Sagan.

They are so close to the feelings that believers have towards their deities, that they may be called religious. This is exactly the position of scientific pantheism.

A number of atheists have gone further than this. Some have spoken of "religious atheism." Monism, Cosmism or Affirmative Atheism have been other names for the same approach.

A religion old or new, that stressed the magnificence of the universe as revealed by modern science, might be able to draw forth reserves of reverence and awe hardly tapped by the conventional faiths. Sooner or later, such a religion will emerge. [Pale Blue Dot, 1994]

That religion already exists. It is modern, scientific pantheism.

It would be possible to go through every classical atheist attack on theism, and not one point would apply to scientific pantheism. Atheists' opposition to pantheism is often based on a misunderstanding of modern pantheism. The usual assumption is that all pantheists agree with Spinoza, who believed that the universe had an intelligent mind and infinite qualities. Yet many modern pantheists do not agree with Spinoza on this.

The only real difference is that pantheists have strong feelings of reverence, awe, love and sense of belonging to nature and the universe, and they wish to express those feelings through meditation, ceremony, and ethical action.

Pantheists don't just want to be negative about Gods and heavens beyond this world. They want to be enthusiastically positive about this life, this earth, this universe.

Hume was a leading philosopher of the British empiricist school, expounding his philosophy in A Treatise on Human Nature and An Enquiry concerning Human Understanding.

His Dialogues Concerning Natural Religion, written during the 1750s, contain some of the most telling critiques of theism ever devised. Hume dared not publish them during his lifetime, but requested that they should be published posthumously. They take the form of dialogues, so Hume does not speak directly, but puts his strongest arguments in the mouth of Cleanthes. In the following passage from the Dialogues, having dismissed the idea of a transcendent God, he expresses clearly pantheist ideas.

It were better, therefore, never to look beyond the present material world. By supposing it to contain the principle of its order within itself, we really assert it to be God; and the sooner we arrive at that divinity, the better. [Part IV]

La Mettrie was one of the founders of modern materialism. His book The Natural History of the Soul (1745) ascribed psychic phenomena to organic changes in the brain. He was forced to flee Paris when it was burned by the public hangman. In exile he wrote his most famous book Man a Machine, from which the following extracts are taken.

Matter contains nothing base, except to the vulgar eyes which do not recognize her in her most splendid works; and nature is no stupid workman. She creates millions of men, with a facility and a pleasure more intense than the effort of a watchmaker in making the most complicated watch. Her power shines forth equally in creating the lowliest insect and in creating the most highly developed man.

Break the chain of your prejudices, arm yourselves with the torch of experience, and you will render nature the honor she deserves, instead of inferring anything to her disadvantage, from the ignorance in which she has left you.

What more do we know of our destiny than of our origin? Let us then submit to an invincible ignorance on which our happiness depends. He who so thinks will be wise, just, tranquil about his fate, and therefore happy. He will await death without either fear or desire, and will cherish life (hardly understanding how disgust can corrupt a heart in this place of many delights); he will be filled with reverence, gratitude, affection, and tenderness for nature, in proportion to his feeling of the benefits he has received from nature; he will be happy, in short, in feeling nature, and in being present at the enchanting spectacle of the universe, and we will surely never destroy nature either in himself or in others.

D'Holbach was a French philosopher, leading contributor to the Encyclopaedia, and exponent of atheism and materialism. His book The System of Nature derided religion, and asserted that humans had no free will and were machines. However, he had a religious reverence for nature, as the following quite shows:

Oh Nature! sovereign of all beings! and you its adorable daughters, virtue, reason, truth! be forever our only Divinities. To you are due the world's incense and homage. Oh nature, show us then what man must do to obtain the happiness that you have made him desire.

The romantic poet Shelley is often classed as an atheist. In 1811 he wrote a classic text, The Necessity of Atheism. However, even this essay makes it clear that Shelley's atheism applied only to the idea of a creator God. He did believe in a pantheistic world-spirit, in a similar vein to Wordsworth and Coleridge, which he expressed in poems like Ode to the West Wind.

There Is No God. This negation must be understood solely to affect a creative Deity. The hypothesis of a pervading Spirit co-eternal with the universe remains unshaken. [The Necessity Of Atheism, 1811]

Sagan was an eminent astronomer and popularizer of science. He was a member of the Academy of Humanism and spoke out frequently against theism and all kinds of superstition.

Yet he often wrote about the wonder inspired by the universe and nature, and in this extract from his late book, Pale Blue Dot, he makes it plain that a religion based on awe for the universe would be desirable.

In some respects, science has far surpassed religion in delivering awe. How is it that hardly any major religion has looked at science and concluded, "This is better than we thought! The universe is much bigger than out prophets said, grander, more subtle, more elegant. God must be even greater than we dreamed"? Instead they say, "No, no, no! My god is a little god, and I want him to stay that way."

A religion old or new, that stressed the magnificence of the universe as revealed by modern science, might be able to draw forth reserves of reverence and awe hardly tapped by the conventional faiths. Sooner or later, such a religion will emerge.

Top.
If you would like to spread this message please include a link to Scientific Pantheism in your pages and consult the Help page.
Suggestions, comments, criticisms to: Paul Harrison, e-mail: pan(at)(this domain) © Paul Harrison 1997.
