Heaven is my father and Earth is my mother. All people are my brothers and sisters, and all things are my companions. 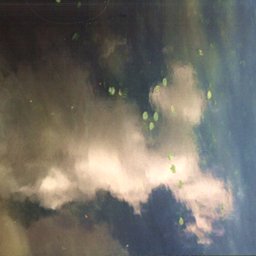 Chang Tsai was born in Ch'ang-an (modern Xian) in 1020. The son of a prefect, he followed the normal course of studies in the Confucian classics, but also read the texts of Taoism, which had a considerable influence on his thought. He became a magistrate, and in 1069, after attracting the emperor's attention, he was appointed to a post in the imperial library. He resigned when the prime minister Wang An-shih began a series of radical economic reforms. He died in 1077.

Chang Tsai believed that underlying all phenomena was material force (ch'i), which he identified with the Tao (Way) of Taoism and with the Supreme Ultimate (t'ai chi) of the Book of Changes. In its original state as the Great Void, material force is tranquil and without form. When it is acted upon it engenders yin and yang, which combine to give forms and elements.

Chang Tsai saw matter as a continuum or plenum. Physical objects were material force in its condensed form. The Great Void or Ether was material force in its extended form - it had nothing to do with the Buddhist conception of Emptiness. "There is no such thing as non-existence."
Chang Tsai was an important forerunner of neo-Confucianism - a Confucianism deepened by absorbing elements from Taoism.
The texts are from Wing-Tsit Chan, A Sourcebook in Chinese Philosophy, Princeton University Press, New Jersey, 1963, and from Fung Yu-lan, A History of Chinese Philosophy, vol ii, Princeton University Press, New Jersey, 1953.

Heaven is my father and Earth is my mother.

Heaven is my father and Earth is my mother, and even such a small creature as I finds a small place in their midst. Therefore that which fills the universe I regard as my body and that which directs the universe I consider as my nature. All people are my brothers and sisters, and all things are my companions… . The sage identifies his character with that of Heaven and Earth… . In life I follow and serve [Heaven and Earth]. In death I will be at rest. [The Western Inscription, inscribed on the west wall of Chang's library.]

The universe is in constant flux.

The Great Harmony is called the Way (Tao). It embraces the nature which underlies all contrary processes of floating and sinking, rising and falling, motion and rest… If the whole universe were not in the process of fusion and intermingling like fleeting forces moving in all directions, it would not be called the Great Harmony. [Great Harmony ch 1]

Things of necessity disintegrate, and return to the Great Vacuity. Appearance and disappearance following this cycle are a matter of necessity. When in the midst of this the sage fulfills the Way to the utmost, and identifies himself [with these processes] without partiality, his spirit is preserved to the highest degree. [Great Harmony ch 1]

The Supreme Ultimate's embodiments are those of vacuity and solidity, of movement and quiescence, of condensation and dispersion, of purity and turbidity. But in the final analysis they may be reduced to one.

Nothing exists alone. Unless there are similarity and difference, contraction and expansion, and beginning and end among things to make it stand out, it is not really a thing. [Chan p 515]

Identity of self and universe.

By enlarging one's mind, one can enter into all the things in the world [to examine and understand their principle]. The sage … regards everything in the world as his own self… The mind that leaves something outside is not capable of uniting itself with the mind of Heaven. [Chan p 515]

Even those who are tired, infirm, crippled or sick; those who have no brothers or children, wives or husbands, are all my brothers who are in distress and have no-one to turn to. [Western Inscription.]