The universe is ensouled and full of divinities. 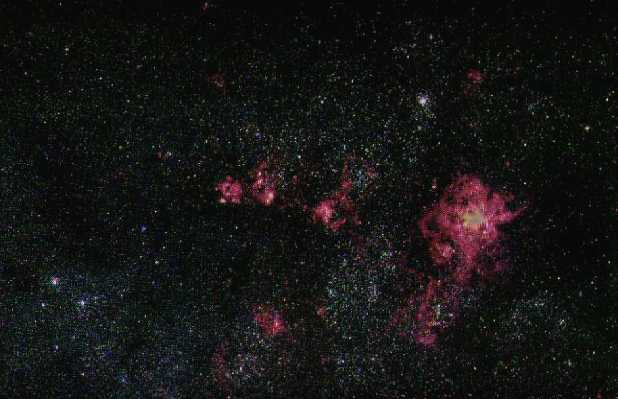 The earliest Greek philosophers all came from one small area on the Ionic coast of Asia Minor, in what is now Turkey. Thales, Anaximander and Anaximenes lived in the prosperous trading port of Miletus, less than 50 kilometres from Heraclitus' city, Ephesus.

These philosophers all tried to answer the central question: what was the underlying "stuff" of the universe. All four believed it was a material substance rather than mental or spiritual.

Most of the first philosophers thought that principles in the from of matter were the only principles of things. For they say that the element and first principle of the things that exist is that from which they all are and from which they first come into being and into which they are finally destroyed, its substance remaining and its properties changing. [Metaphysics 983]

As to the precise character of the primary substance, the four Ionians came up with four different answers. For Thales it was water. For Anaximenes it was air. For Heraclitus it was fire. For Anaximander it was none of the familiar elements, but an indefinable "apeiron" or infinite underlying all four, not unlike the Tao.

Recognized as one of the "seven sages," Thales was a polymath, gifted in geometry, astronomy and engineering as well as science. He was the first to measure the time between one solstice and the next. He calculated the height of the pyramids from the length of their shadows. He is reported to have diverted the river Halys so that the armies of the Lydian ruler Croesus could cross it without a bridge.

The story is told that Thales, while gazing at the stars, fell into a ditch. When he cried for help, an old women commented: " How can you expect to learn all about the heavens, when you cannot see what is just in front of your feet?" Thales died of heat exhaustion while watching a gymnastic contest, or, by another account, by falling over a cliff - once again while stargazing.

Everything is full of gods.

Thales thought that everything was full of gods. [Aristotle, On the Soul]

He said that the magnet has a soul because it moves iron. [Ibid]

Arguing from the magnet and amber he attributed soul or life even to inanimate objects. [Diogenes Laertius, Lives of the Philosophers.]

He supposed that water was the primary substance of all things, and that the universe is ensouled and full of divinities. [Ibid.]

He said that death is no different from life.
"Then why don't you die?" someone asked him.
"Because it makes no difference," he replied. [Ibid.]

Anaximander was a contemporary of Thales, from the same city, Miletus. He too was a scientist and inventor. He is said to have invented the sundial, and to have made other clocks to tell the time, to have drawn the first map and made the first globe.

Anaximander believed that the origin of all things was what he called the "apeiron" - an unlimited or indefinite indestructible substance, out of which individual things were created and destroyed.

He appears, like many pantheists, to have believed that there were many worlds or universes, some coming to be, others passing away.

The infinite … is the divine, for it is immortal and indestructible.

He laid down as his principle and element that which is unlimited, without defining it as air or water or anything else. He held that the parts undergo change, but the whole is unchangeable. [Diogenes Laertius, Lives of the Philosophers.]

He said that the material principle of existing things was a certain infinite nature. From it the heavens and the worlds in them come into being. It is eternal and ageless, and it surrounds all the worlds. [Hippolytus, Refutation of all Heresies]

The infinite is the universal cause of the generation and destruction of the universe. From it … the heavens were separated off and all the infinite worlds. [Plutarch, Miscellanies]

The infinite has no beginning, … but seems to be the beginning of other things, and to surround all things and guide all … And this is the divine, for it is immortal and indestructible. [Aristotle, Physics.]

The source of coming-to-be for existing things is the same into which destruction, too, happens "according to necessity; for they pay penalty and retribution to each other for their injustice according to the assessment of time." [Simplicius, Physics.]

Very little is known about Anaximenes' life or dates, except that he is said to have been a pupil of Anaximander. He lived for at least part of his life under Persian rule, and may have witnessed the Ionian rebellion against the occupation.

Although he is traditionally described as believing that everything derived from air, it seems clear that he was not referring to everyday air but to an infinite variety of air, using the same word "apeiron" used by his tutor.

No fragment survives in which he specifically says that the prime matter of the universe is divine, but Anaximander indicates that even the gods derived from it.

Infinite air is the principle from which things and gods and things divine, all come into being.

Anaximenes … said that infinite air was the principle from which things that are becoming, and that are, and that shall be, and gods and things divine, all come into being … It is always in motion: for things that change do not change unless there be movement. [Hippolytus, Refutation of all Heresies.]

Anaximenes … also says that the underlying nature is one and infinite, but not undefined as Anaximander said but definite, for he identifies is as air; and it differs in its substantial nature by rarity and density. Being made finer it becomes fire, being made thicker it becomes wind, then cloud, then (when thickened still more) water, then earth, then stones; and the rest come into being from these. He too makes motion eternal and says that change, also, comes about through it. [Simplicius, Physics.]

ARE YOU ATTRACTED BY THE IDEAS OF THE ANCIENT MATERIALISTS? THEN YOU MAY WELL LIKE SCIENTIFIC PANTHEISM.

SCIENTIFIC PANTHEISM is proud to recognize the Greek and Roman materialism of the Miletans, Heraklitus, Democritus, Epicurus and Lucretius as its predecessors.
We believe that everything is made up of matter<=>energy, and that there is no separate and distinct substance of spirit. But we also have a deep reverence for the cosmos and for nature, which the early materialists shared.
Scientific pantheism reveres the universe as the only real divinity.
It fuses religion and science, and concern for humans with concern for nature.
It provides the most realistic concept of life after death,
and the most solid basis for environmental ethics.
It is a religion that requires no faith other than common sense,
no revelation other than open eyes and a mind open to evidence,
no guru other than your own self.
For an outline, see the

If you would like to spread the message of scientific pantheism please include a link to Pantheist pages in your pages.