Zeno of Cittium - founder of Stoicism

The universe is a living thing, endowed with soul and with reason. 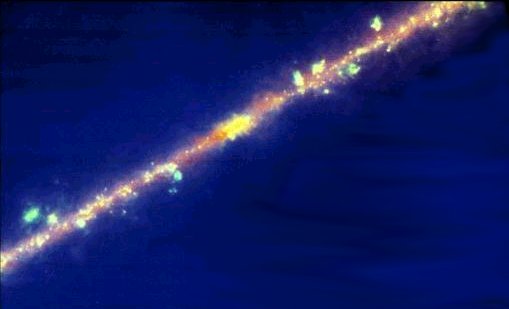 The Stoics are best known today for their ethical views on the acceptance of fate. These views derived from their belief that the universe was an animate and rational Being pervaded with soul. The Stoic philosophy was the closest thing to an organized religion of strict pantheism.

The school was founded by Zeno of Cittium in Cyprus, one of antiquity's boldest yet least known thinkers. He is not to be confused with Zeno of Elea, who earned far greater fame from a handful of paradoxes, designed to prove true by logic what everyone, from experience, knows to be false: that motion and change are impossible.

Zeno of Cittium flourished between 300 and 260 BC. Born in Cyprus, he came to Athens and studied philosophy under the cynic Crates and the Platonists Xenocrates and Polemo. From Crates he appears to have picked up a contempt for riches - his favourite pastimes, it is said, were eating green figs and basking in the sun. He ate raw food and drank water. Diogenes Laertius reports that he disliked large groups, and would choose the end seat on a couch. After Plato he wrote a Republic advocating that wives should be held in common. Heraclitus appears to be a powerful influence, though he is not mentioned as such.

Zeno seems to have been quite old when he himself began teaching to small groups, in a painted colonnade on the Athenian agora known as the Stoa Poikile. Hence the school he founded came to be known as the Stoics. At one point, when he was unable to pay the resident alien's tax, the Athenians sold him into slavery - but he was bought by a friend and freed. Later the Athenians honoured him with a golden crown and a large tomb built at public expense.

As with so many ancient philosophers, very little has survived of Zeno's own writing, though Diogenes Laertius provides a very long summary of his ideas and those of the other Stoics.

Stoicism had a powerfully developed system of philosophy, which covered logic, ethics and physics. The central beliefs were that the cosmos was a divine being, endowed with a soul that was made of a refined form of matter. Our role on earth was to accept and live according to nature. The Stoics also believed that we should accept our destinies unquestioningly, since they embodied the will of the universe: for that reason their name became synonymous with patience and long-suffering.

Many of their theories were striking forerunners of modern science. The theory of a recurrent cosmic conflagration, for example, could turn out to be true - if the density of matter is high enough to cause a recollapse of the universe. The Stoics also believed that the sun was a sphere of fire, larger than the earth, and that the moon shone with reflected light.

At the height of Rome's power, Stoicism vied with Epicureanism and Platonism for dominance in the Roman intellectual elite. The emperor Marcus Aurelius was an adherent. But like other rational creeds, as the Roman empire degraded into chaos, Stoicism succumbed to the mystery religions from the East.

The world is a plenum. Everything is matter.

The primary matter they make the substratum of all things … By matter is meant that out of which anything whatsoever is produced. Universal matter … neither increases no decreases. [DL 7.147]

Zeno (thought that) it was totally impossible that something incorporeal . . should be the agent of anything … Only a body is capable of acting or being acted upon. [Cicero, Academica, 1.39.]

The world has no empty space within it, but forms one united whole. This is a necessary result of the sympathy and tension which binds together things in heaven and earth. [DL 7.140]

Identity of God and cosmos.

The whole world and heaven are the substance of god. [DL 7]

God, being eternal and existing throughout all matter, makes everything. [DL]

The Stoics made god out to be intelligent, a designing fire which methodically proceeds towards creation of the world and encompasses all the seminal principles according to which everything comes about according to fate; and a breath pervading the whole world, which takes on different names owing to the alterations of the matter through which it passes. [Aetius 1.7.33]

The term cosmos is used by them … of God himself, the individual being whose quality is derived from the whole of substance; he is indestructible and ungenerable, being the artificer of this orderly arrangement of things, who at stated periods of time absorbs into himself the whole of substance and again creates it from himself. The world . . . is ordered by reason and providence, inasmuch as reason pervades every part of it, just as does the soul in us. [DL 7.137-8.]

All the gods are names for the powers of the cosmic God.

They give him the name Dia, because all things are due to him; Zeus, in so far as he is the cause of life; the name Athena is given, because the ruling part of the divinity extends to the aether; the name Hera marks its extension to the air; he is called Hephaestus since it spreads to the creative fire; Poseidon, since it stretches to the sea; Demeter, since it reaches to the earth. [DL 7.147]

Mind penetrates into every part of the world, just as the soul pervade us… The whole world is a living thing endowed with soul and with reason. [DL]

The deity … is a living being, immortal, rational, perfect or intelligent in happiness, admitting nothing evil, taking providential care of the world and all that therein is, but he is not of human shape. [DL 7.147]

At certain fated times the entire world is subject to conflagration, and then is reconstituted afresh. But the primary fire is as it were a sperm which possesses the principles of all things and the causes of past, present and future events. [Eusebius Evangelical Preparation 15.14.2]

Live according to nature.

God is the common nature of things; also the force of fate and the necessity of future events. In addition he is fire, and the aether . .; also things in a natural state of flux and mobility, like water, earth, air, sun, moon and stars; and he is the all-embracing whole. [Cicero, On the nature of the Gods, 1.39.]

Man himself has come to be in order to contemplate and imitate the world. But the world, since it embraces everything and there is nothing which is not included in it, is perfect from every point of view. [Cicero, On the nature of the Gods, 2.38.]

ARE YOU ATTRACTED TO THE IDEAS OF STOICISM? THEN YOU MAY WELL LIKE ITS MODERN EQUIVALENT, SCIENTIFIC PANTHEISM.

Scientific Pantheism was partly inspired by Stoicism and is honoured to consider Stoicism a predecessor. There are many areas of overlap. We share with Stoics a deep reverence for the cosmos. We share a belief in living according to nature, and an acceptance of natural death. We also believe that body and spirit are both made of the same substance.
There are of course differences. Scientific Pantheism does not believe in a cosmic mind or in providence (nor do I think that the Stoics, who were good scientists, would believe in this if they were alive today). Scientific Pantheism does not believe that the Stoic renunciation of bodily pleasures or intense emotions is the only or the best way to shield oneself against suffering. It is possible to experience these while retaining an essential core which remains intact through every upheaval.
If you are attracted by the Stoic philosophy, then do check out the Scientific Pantheism site. Our beliefs are summarized in the scientific pantheist credo.