Practice of scientific pantheism* by Paul Harrison.
As featured in

If we empty our mind of all thought and allow ourselves to enter into the motion of things, and the motion to enter into us, we can literally swim in the ocean of existence and burn with its fire. 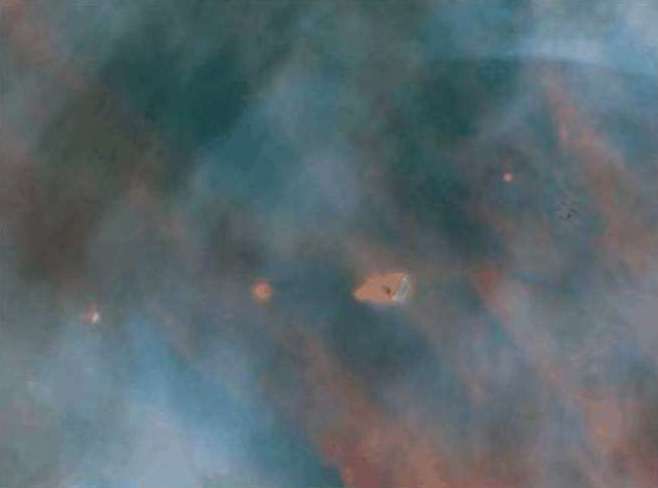 
One of the most distinctive facets of being human is being a distinct focus of consciousness, separated from what we perceive. Sometimes it is like staring out of a black sack with two holes in it.

Many, perhaps most people are not always entirely comfortable with this separate existence as individuals. At times we yearn to be re-united - but we are not sure with what.

Mystics in all religions have attempted to overcome this separation and achieve unity with the source of being - God, Allah, the Tao, Brahma, emptiness.

Regardless of the religion, there are echoes among the diverse accounts of mystic experience. The central experience is one of overcoming the gap between self and unity. It is an experience often accompanied with ecstasy, and a sense of being in contact with ultimate reality.

Scientific pantheism asserts that these mystical experiences are in fact states in which the mind makes contact with the matter of which it is made, the matter which makes up the entire universe. They are experiences of unity between self and cosmos, between mind and body, between consciousness and matter.

But how we interpret these states is important. In transcendental religions, the mystic interprets the experience as union with a spiritual being or a unity that lies beyond the visible world. When such mystics return with a jolt to the everyday world, they often feel a deep sense of separation, of dejection, of exile. The mystic experience, instead of uniting them with the cosmos, separates them even further from daily life. So they often seek isolation in monasteries, convents and hermitages.

Traditional mystics are forever complaining of falling away. The neo-Platonist Plotinus who devoted his life to teaching about and working towards union with the One, achieved that state only once every year or two.

Moreover, the mystical quest is usually presented as mysterious, difficult to achieve, requiring long and arduous training and mastery.

Pantheist union with Reality is easy to achieve and to repeat at will. And it involves no gap with the reality of everyday life.

Union with the Real.


Scientific pantheism agrees with the mystics of all ages and traditions that it is possible to achieve re-union. But it seeks a re-union with the Real, not with the imaginary.

In this re-union we can achieve all the feelings that mystics achieved - ecstasy, the loss of self, the sense of belonging and being enveloped and of uniting with ultimate reality and with the totality of existence.

We can achieve these experiences at will, without any of the doubt and falling away that mystics of the imaginary experience. And we can be sure that they have a solid and certain foundation in the real world.


Most people don't need to be told where to go to experience these feelings. Instinctively, they head for forests, rivers, mountains, deserts, ocean coasts, as unspoiled as possible by human intervention.

Nor do they need telling what to do when they get there. They just lie, and look, and let existence permeate them.

We can unite with the universe on a clear night when the sky is streaked by the Milky Way. This is a new experience that was not accessible to our distant ancestors. Although people like Anaximander and Giordano Bruno understood that there were many worlds out there, it is only in the last seventy years that we have been able to do this and understand the true immensity of what we are looking at.

But light pollution from city street lamps has grown in parallel with the growth of that knowledge. We are robbing ourselves of one of the most mystical experiences available on earth.

Emptying the mind of all other thoughts.


Certain simple sensory techniques make it possible to attain a deeper loss of self and sense of union with existence.

Perception can be dulled by preoccupation: just like a Buddhist meditator, we should empty the mind of all worries, all memories, all internal thoughts except the scene right before us.

But there is a difference between meditation on the Real and meditation on the Unreal. The conscious mind always seeks a content; the neurones are always firing. So when the outside world is shut off the mind creates its own content out of dreams or anxieties. This is why eyes-closed meditation is so difficult and so esoteric: the mind still has content, even when it is thinking of emptying itself of content. Easier by far to empty the mind of all thoughts of self by looking at nature or the sky.

Perception can be obscured by preconceptions - clouding what we see like a white cataract in the eye. We should empty the mind as far as possible of all prior conceptions of what we are looking at, except where these help us to see it more clearly.

Perception can be veiled by ulterior motives. So even if we have gone into nature for some purpose such as study or collecting, we should forget these for a while.

Burning with the fire of Being


Union with the real is not static, because the Real is never static. It is in constant flux.

Because of this, one of the most effective ways to experience the exhilaration of union is to watch natural things in motion: ripples on a pool, curling waves on a beach, aspen leaves in a breeze, clouds forming on a humid day, showers of shooting stars.

If we empty our mind of all thought and allow ourselves to enter into the motion, and the motion to enter into us, we can literally swim in the ocean of existence and burn with its fire.

Perception can be veiled by names: so for the time we are experiencing mystical contact, we should forget even the names of what we are looking at. These are not trees, not rivers, not sunlight. They are forms in motion, flames of the divine Reality of which we too are part.

My own favourite sight is of sunlight glinting on waves. In itself it has a hypnotic effect and can put you into a trance of pure being if you allow it. But it also has a precious symbolic value. I don't mean that it points to something different from itself, but that it is the perfect embodiment of the nature of the reality of which it is a part. The water is the sea of matter, the waves are the individual beings that it temporarily forms, the light is the energy that all things transmit and reflect to each other.

But there are many other wonderful sites: wind in the leaves of aspen, ocean breakers, eddies of a stream, clouds seething on a warm day.


It is important to ground yourself in Reality as often as possible. I try to do it every day, on waking or just before sleep. This grounding not only reminds you of the Being of which you are a part. It can also be deeply therapeutic. Seeing your own problems in the light of the totality of Being shapes them into perspective, reminding you that the most central facet of your existence is simply being and perceiving.

People often find it difficult to find places on a daily basis where they can experience union with nature or with the universe in a clear night sky. Yet it is possible to experience these feelings indoors, even in the middle of cities.

The sun rises everywhere. If we greet it each morning when we rise, we are not personifying or deifying the sun: we are simply acknowledging that it is the sacred source and sustainer of our particular being.

Objects can be helpful for meditation. I use beach pebbles, beautiful speckled granites and smooth black basalts and greenstones. Pebbles are beautiful in themselves, and they embody the interactions of reality, shaped by the endless pounding of waves and the friction with other pebbles. Other objects that can be used are fossils, large tree seeds, pieces of bark, shells, sand roses, geodes, crystals - any object that has been crafted and shaped by natural forces.

We can ride the ocean of Being indoors, too. The most effective way is with flame, the flame of a wood fire, or of a candle. When we watch flames dance, we are watching the universe on fire, transmuting from matter to energy and back again to matter.

Even in the dark, even with our eyes closed, we can experience union with the Real, because we too are part of reality. The atoms and particles of our bodies, the energy of electrical messages flowing through the network of our nervous systems, are the same matter and the same energy that permeate the universe. Lying quietly in bed, just before sleep, we can attune ourselves with this energy, and realize that we too are a fire and a flux.