All things are in the universe, and the universe is in all things:
we in it, and it in us: and in this way everything harmonizes
in perfect unity. 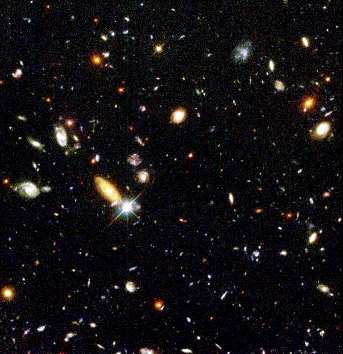 Giordano Bruno is the first pantheist in the modern mould. Completely abandoning Christian theology, he resurrected the materialism and Stoicism of the ancient world and combined it with a prophetic view of an infinite universe of solar systems, united in a single interpenetrating unity. For his intellectual courage he was condemned by the Inquisition and burned at the stake in Rome on February 17, 1600.

Bruno was born in 1548, the son of a soldier, in the small town of Nola at the foot of Mount Vesuvius. In 1565 he became a novice monk at the Dominican convent of San Domenico Maggiore, where he was to spend the following ten years. Even at this stage he attracted attention for his unwillingness to conform to convention, accepted wisdom or authority: he refused to keep images of saints in his cell and kept only a crucifix. Throughout his life he pursued the same intellectual non-conformity, in an almost naive way, as if he expected everyone to be swept away by the force of his argument, and was surprised when they reacted against him.

Bruno already had doubts about the Trinity, and tended towards a unitarian view of God. He left the convent in 1576 under suspicion of heresy. In Rome he was further accused of the murder of a fellow Dominican who was found drowned in the Tiber.

After travels in Northern Italy and France he headed in 1579 for Geneva, where Calvin had set up a Protestant republic. Here Bruno gave up his Dominican habit and formally adhered to Calvinism. But he did not stay long. In the first of many academic battles, he published and distributed a pamphlet boldly accusing a leading Calvinist philosophy professor of making twenty errors in one lecture. For this he was briefly imprisoned until he admitted his error.

Bruno in France and England

Leaving Geneva he obtained a philosophy post at the University of Toulouse, but left for Paris when the religious wars between Catholics and Huguenots intensified. As a renegade priest he was unable to gain a normal teaching post, but after dedicating a work on memory to Henri III, the king appointed him extraordinary professor at the University of Paris in 1581.

Two years later he took the opportunity to travel to Protestant England with the French ambassador Michel de Castelnau. The British intellectual atmosphere was exuberant, and enemies of Catholic Spain and Rome were feted. Bruno, ever ambitious to scale the intellectual heights, applied to teach at Oxford, which like Paris was in the grips of sterile Aristotelianism. Bruno lectured on the new Copernican cosmology, which was not generally accepted at that time, and attacked Aristotle’s system. After a heated public debate, he was accused of plagiarism and had to leave Oxford.

Returning to London, he stayed at the French ambassador’s residence, and it was here that he wrote his famous dialogues in Italian, including De la Causa, Principio e Uno and De l’Infinito Universo e Mondi, which set out his philosophical system.

It was not until 1585 that he returned to Paris, where he was soon once again embroiled in controversy. He challenged the Aristotelians to a public debate in the College de Cambrai, where he was ridiculed, physically attacked, and forced to flee the country. Once again he was rehearsing the pattern begun in his youth and repeated in Geneva and Oxford – over-bold outspokenness followed by outrage among those he attacked, leading to his own hasty flight.

The next five years he spent in central and eastern Europe, stopping for varying periods in Marburg, Mainz, Wittenberg, Prague, Helmstedt, Frankfurt and Zurich. In these Protestant German countries he wrote many works in Latin on philosophy, cosmology, physics, magic, and the art of memory.

If only he had stayed in Germany where he was free to say what he liked and safe from persecution. But in 1591 he received an unusual invitation to Venice. It came from the young patrician Zuane Mocenigo, who wanted Bruno to teach him the art of memory. Venice was one of many independent states in Italy, so Bruno may have fancied himself out of the reach of Rome, which still had outstanding business with him.

The relationship did not go well. Mocenigo may well have had an image of Bruno as a great Magus, and felt that Bruno was holding back on him, not teaching him everything he wanted to know.

When Bruno said he had to go to Frankfurt to get some of his works finished, Mocenigo threatened him, saying that if he did not stay willingly, he would find ways of keeping him there. Bruno had been as indiscreet as ever, and Mocenigo threatened to tell the inquisition about the heretical ideas he had expressed.

Ready and packed to leave the next day, Bruno was lying asleep in bed, when Mocenigo broke in with six gondoliers. He still said that if Bruno would teach him all he knew, he would free him. But Mocenigo’s confessor got to hear the tale, and threatened Mocenigo that he would not give him absolution unless he turned Bruno over to the Inquisition.

So Bruno was consigned to the Venetian Inquisition and interrogated. Mocenigo recited a long list of accusations, which were elaborated by Bruno’s prison cell-mates. On the whole they do not sound like fabrications. In many cases they correspond with Bruno’s known views, in others they sound fully in character. Bruno had maintained that Moses was a great magician. It was fiction that he spoke with god. Jesus was a magician and a wretch. There was no reason to wonder at his miracles because he, Bruno, could perform even greater ones. Jesus sinned in asking his Father to let the cup pass from him.

Bruno was said to have mocked the resurrection and the virgin birth. He said there was no Hell and no-one would suffer eternal punishment. There was no distinction of persons in God, since this would be imperfection. Prayer, relics, images were all without efficacy. Monks were asses.

No religion pleased him. Mocenigo asked – what religion do you adhere to then? Bruno quoted a line from Ariosto: “Enemy of every law and every faith” and let out a great laugh.

Bruno also made it clear that he nurtured the ambition to set up a new sect under the name of new philosophy. If he was freed he would return to Germany or England and continue to spread his teachings and recruit followers. He had great hopes of help from Henri of Navarre, and even of bringing the Pope round to his way of thinking.

Before the Venetian Inquisition Bruno knelt, recanted fully, and denied all his theological and cosmological beliefs. He saw nothing wrong with this dissimulation, nor was there anything wrong with it: why allow yourself to be murdered by the vicious machinations of an insane system, if by a simple gesture you could escape and live to fight another day?

Bruno must have thought he had a good chance of getting off with an apology and appropriate penance. But Rome had heard of his interrogation, and Rome wanted to finish her business with him. The supreme inquisitor, Cardinal Santaseverina, asked Venice to surrender Bruno to Rome. The Venetian government resisted at first, but eventually ceded.

Bruno was transferred to Rome at the request of Holy office, and arrived at the prison of the Holy Office near St Peters on February 27, 1593, where he was to spend a full seven years. Conditions were appalling. He was kept without writing materials or books. He seems to have been seriously undernourished – prisoners relatives had to pay for food and Bruno may have had no-one to do so.

The proceedings dragged on. We do not know the details – most of the Vatican papers relating to Bruno were taken away from Rome by Napoleon, and lost in transit on their return journey, and only a few summary items remain. There were repeated testimonies against him, by Mocenigo and by his Venetian cell-mates. Since most of these were criminals or heretics, their testimony had to be supplemented by careful study of Bruno’s works, and this was undertaken by Cardinal Roberto Bellarmino.

It was not till January 1599 that Bellarmino drew up a list of eight titles of accusation. In February these were put to Bruno, and he made another of his many offers to recant. Yet these were never believed genuine, because Bruno continually asked to write appeals to see the Pope in person, to persuade him that his works were not heretical.

On September 9 the tribunal has its final sitting on his case, and recommends that he be given forty days to recant, and be subjected to “severe” interrogation – probably torture.

From this point on Bruno makes no more offers to recant. It is not clear why. Perhaps he had finally given up hope of the pope intervening. His inquisitors make mention now for the first time of his work The Expulsion of the Triumphant Beast, which makes a thinly disguised mockery of Jesus. Bruno may have felt that dissimulation would no longer work. Or again, that martyrdom might serve to spread his ideas.

On January 20 of the first year of the new century Pope Clement VIII ordered that Bruno be handed over to secular authorities for punishment. Sentence is read on February 8th: Bruno is declared an impenitent, obstinate and pertinacious heretic, to be stripped of priesthood and expelled from the Church, and his works to be publicly burned at the steps of St Peters and placed on the Index of Forbidden Books. Bruno replies: “Perhaps you who pronounce my sentence are in greater fear than I who receive it.”

Execution is delayed, why we do not know. At dawn on the 17th, Bruno is taken to the Campo dei Fiori, looking emaciated and broken. Even in his last moments on earth the church does not leave him alone. A company of monks from S. Giovanni Decollato accompany him, chanting, exhorting him till the last moment to abandon his heretical beliefs. Before the pyre is lit a monk offers him a crucifix to kiss. Bruno turns his head away angrily. He says he dies willingly, as a martyr, and that his soul will rise with the fire to paradise. He is stripped naked, tied to a stake, and burned alive, while the cantors sing continuous litanies.

reveres the universe as the only real divinity, and holds nature sacred.
It fuses religion and science, and concern for humans with concern for nature.
It provides the most solid basis for environmental ethics.
It is a religion that requires no faith other than common sense,
no revelation other than open eyes and a mind open to evidence,
no guru other than your own self.
For an outline, see Basic principles of scientific pantheism.

If you would like to spread this message please include a link to Scientific Pantheism in your pages and consult the Help page.