Are you a Pantheist? Find out now at Scientific Pantheism.

This cosmos was not made by gods or men, but always was, and is, and ever shall be ever-living fire. 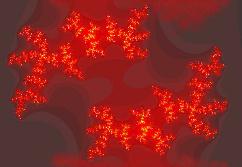 Heraclitus flourished in the Greek city of Ephesus, on the Ionian coast of what is now Turkey, at the end of the sixth century BC when the area was under Persian rule.

Little is reported of his life. His own writings make it plain that he had nothing but scorn for the popular mass, for political leaders, and for most previous writers on philosophy and religion including Homer, Hesiod, Pythagoras and Xenophanes.

Heraclitus was once asked to write a constitution for Ephesus, but refused. He used to play at knuckle bones with children by the temple of Artemis. When adults came to gape, he replied "Why should you be astonished, you rascals? Isn't it better to do this than to take part in your civil life?" Another story relates that the Persian King Darius once invited him to his court to explain his ideas. Heraclitus declined.

Some of the tales reported of Heraclitus seem far fetched. It's said that he eventually withdrew into the mountains to live off grass and herbs. When this diet gave him dropsy, he shut himself in a cowshed and covered himself with dung, hoping the heat would dry him out. This tale makes no medical or physical sense, even in ancient terms. It may be no more than a slanderous invention.

Heraclitus' writings, like those of most pre-Socratics, have survived only in small fragments cited by other classical authors - and in Heraclitus's case they are even smaller and more fragmentary than usual. They are often dense and paradoxical - throughout antiquity he was known as Heraclitus the obscure. Aristotle complained of his word order, while Socrates said it would take a Delian diver to get to the bottom of his work.

Heraclitus is above all a materialist. No clear and explicit statement of pantheism has survived. But Heraclitus ascribes to God the same characteristics that he ascribes to fire [B67]. His statement that the cosmos is ever-living fire [B30] carries a religious tone as powerful as any scripture.

Like Thales, Anaximander and Anaximenes from nearby Miletus, Heraclitus sought for a common principle underlying the various forms of matter. But his thought went far deeper and further than theirs.

The density and brevity of what survives of his writings is tantalizing. It is tempting to fill in the gaps. We may surmise that he believed all things shared an underlying identity as fire. Through opposing forces of strife and harmony they developed into many things, all of which were constantly changing. Heraclitus would have been very much at home with the idea that the universe originated in a big bang. He would have liked to believe that it would eventually recollapse again, and so on for ever.

It's easy to imagine that Heraclitus had a mind of astonishing modernity. But if other fragments are authentic, he also taught a deal of nonsense. The sun was no bigger than a human foot, he said. Explaining the sun and stars, he said they were flames inside bowls turned with their hollow sides facing us. Eclipses occurred when the bowl turned the other face to us. Although he seems to have mocked at conventional religion, some accounts suggest that he believed in judgement of the soul after death.

Heraclitus had an influence much broader than could be expected from his tiny corpus of sayings. Plato accepted his concept that matter was in endless change, but took this in an anti-materialist way to prove that there must be a better world of unchanging ideas. The Stoics, who were pantheists and materialists, regarded Heraclitus as a precursor. For his emphasis on development through the conflict of opposites, Marx and Engels viewed him as a harbinger of dialectical materialism.

Although the account is common, most men live as if they had a private understanding. [B2]

Most people do not understand the things they experience, nor do they know what they have learned; but they seem to themselves to have done so. [B17]

Those who do not understand, when they hear are like the deaf. [B34]

What sense or thought do they have? They follow the popular singers, and they take the crowd as their teacher. [B104]

They pray to these statues as though one were to chat to houses, not knowing who the gods and who the heroes are. [B5]

[Heraclitus] said to the Egyptians: "If they are gods, why do you grieve? If you grieve, no longer think them gods." [B127]

Let us not make aimless conjectures about the most important things. [b47]

I prefer the things of which there is seeing and hearing and perception, these I prefer. [B55]

Eyes are better witnesses than ears.[101a]

If you do not expect the unexpected, you will not find it, for it is trackless and unexplored. [B18]

He says that the created universe is its own maker and creator. [Hippolytus 9.9]

This cosmos, the same for all, was not made by gods or men, but always was and is and ever shall be ever-living fire, igniting in measures and extinguishing in measures. [B30]

All things are composed of fire and are again resolved into fire. [DL 9.7]

All things are exchanged for fire and fire for all things, as goods are for gold and gold for goods. [B90]

All things are filled with souls and spirits. [DL 9.7]

The thunderbolt steers all things. [B64]

All human laws are nourished by the one divine; for it is as powerful as it wishes, and it suffices for all, and it prevails. [B114]

Fire will come and judge and convict all things. [B66]

Eternity is a child at play, playing draughts. [B52]

No-one can step twice into the same river, nor touch mortal substance twice in the same condition. By the speed of its change, it scatters and gathers again.

We step and do not step into the same rivers, we are and are not [B49a]

All things occur in accordance with strife and destiny. [B 80]

The things that exist are brought into harmony by the clash of opposing currents. [DL 9.7]

The structure of the universe was arranged by one harmony through the blending of opposite principles. [Aristotle, On the World 396b 20-25]

All things come into being by the conflict of opposites. [DL 9.8]

They do not understand how, being separated, it is united with itself. There is a backward-stretching tension, as between the bow and the lyre.[B51]

All things happen by strife and necessity. [B80]

It is alternately born from fire and again resolved into fire in fixed circles to all eternity. [DL 9.8]

Beginning and end are common.[B103]

It is wise to agree that all things are one. [B50]

Combinations, wholes and not-wholes, conjunction and separation, harmony and discord - out of all things comes One, and out of One all things. [B10]

God is day night, winter summer, war peace, satiety hunger. He changes like oil mixed with different perfumes, which takes its name from the scent of each.

Death and life are one

ARE YOU ATTRACTED BY THE IDEAS OF THE GREEK MATERIALISTS? THEN YOU MAY WELL LIKE SCIENTIFIC PANTHEISM.

SCIENTIFIC PANTHEISM is proud to recognize the Greek and Roman materialism of the Miletans, Heraklitus, Democritus, Epicurus and Lucretius as its predecessors.
We believe that everything is made up of matter<=>energy, and that there is no separate and distinct substance of spirit. But we also have a deep reverence for the cosmos and for nature, which the early materialists shared.
Scientific pantheism reveres the universe as the only real divinity.
It fuses religion and science, and concern for humans with concern for nature.
It provides the most realistic concept of life after death,
and the most solid basis for environmental ethics.
It is a religion that requires no faith other than common sense,
no revelation other than open eyes and a mind open to evidence,
no guru other than your own self.
For an outline, see the